May 1865, District of Columbia, Ford’s Theatre
“’Useless, useless.’ That is what Wilkes said before he passed out.” Sgt. Corbett, unflinching and cold, repeated the last words of John Wilkes Booth.

“Corbett, standing here on this stage today, that’s what you want me to believe. ‘Useless.’ You’re sure. Because I mean to uncover the truth.”

“Others were there when you back-shot Wilkes.” Ruggles looked up at the banner-draped balcony from which Booth jumped the night he shot Abraham Lincoln, and then back at Corbett. “And what of Booth’s diary?”

“I don’t know, Major – I certainly do not have it, sir. It appears unexplainable – first it was there, and then it was not.”

“So it just…vanished – into thin air, it vanished. Is that it?”

“Thin air or thick, Major, I cannot say. But this one thing I know – one moment it was there, and the next it was not.”

“No sir. Not Ford’s. Most nights since the War ended, I tend to meet with my Bible study group in my humble home.”

“It’s been a month since the War ended, son. And after your ordeal – both of your, all of your ordeals – you owe it to yourself to get out and enjoy some moments of pleasure.”

Corbett nodded, his gaze steady and straight ahead, and did not agree. “Sir.”

“Sergeant, do you feel the presence of Mr. Lincoln in the box behind you?

Ruggles inhaled on his dark pipe, grinding his teeth as he pulled. “What would you estimate the distance is from the box to the stage?”

Corbett turned at the waist, crewed his neck, yet somehow still stood at attention. Turning back, he made eye contact with Major Ruggles. “Twenty foot, sir. Give or take.”

“You had no affection for our Mr. Lincoln?” Smoke curled and circled. Corbett’s eyes burned, Ruggles’s did not.

“I cannot say that I loved him or hated him. I had no occasion to ever meet the man. My service for my country speaks for itself, sir.”

“Yes, well, we cannot afford to play the waiting game, son, what with Booth on trial as we speak. You’re an experienced trial witness, are you not.”

“I have testified under oath before, yes sir, after –”

“After your return from captivity, yes, I recall that. And so you know the high value of taking the oath, and swearing solemnly.”

“I do not take an oath lightly, Major.”

“Good. Then let’s get back to my question. If I understand you correctly, you are saying that, by no means is it possible that Wilkes Booth could have been saying something other than ‘useless’ – a name, perhaps – and, in his weakened state –”

“Beg pardon, sir. I am not sure I take your meaning.”

“Do not interrupt me, Corbett. You had already shot him through the back of his traitorous neck. He was laying there, temporarily paralyzed – we all saw it, that morning at Port Royal. My question to you is this: Is it not possible that Booth was simply unable to come across with the proper formation of syllables?”

“Sgt. Corbett, there will be no room for insubordination nor feigned obtuseness. I can assure you of that fact.”

“I am Old Army. Shiloh. Do you now take my meaning?”

“Sir.” Corbett concentrated on the front double-door of Ford’s.

Ruggles smoothed his coat with his palms, as if by doing so he could press out the wrinkles. “One would imagine that being a prisoner of war just once in a man’s life would be enough.”

“I should think so, yes Major. I should not be eager to repeat that sad experience.”

“So tell me now and tell me true – is there any chance that Wilkes could have intended something other than ‘useless’?”

Ford’s front door opened, seemingly on its own, allowing in a hazy wedge of orange sunlight.

Ruggles squinted, hands clasped behind his back, pipe firmly clenched, and could not make out the identity of the figure holding the door. “That you, Maddox?”

The wedge narrowed slowly and the creaking door clicked shut.

Ruggles glanced sideways at Corbett. “Did he come in?”

Corbett continued, his lip quivering as though he were recounting a New Testament miracle. “If you will permit me, sir?”

“Major, as to the mind of Wilkes, I believe it is not for one man to say what is in the mind of another – for no man can verily understand the secret intentions of another. And John Wilkes Booth has no fear of the Lord in him. He is himself to be feared. He is evil, sir. He is most assuredly evil. And if you are intimating that General Grant had some hand in –”

“That is not for me to say, soldier. I can see that that is what you now say to me. And if I were to tell you that there were others in our midst that April day who heard other words – different words – escape the mouth of Booth? Are they mistaken? Or are they lying?”

“Perhaps both, sir. But again, I must reiterate that I cannot speak to the secret intentions of others. And especially to such a godless man as Booth.”

“All right. Corbett, you are a religious man, correct?”

“Absolutely, sir. I believe in the one true God.”

“As committed as one man can be, in my heart, yes sir. I have never married, opting instead to be married to the Lord, and be forever in His service.”

“Am I to understand correctly, Corbett, that you took a scissor, and –”

“That you cut yourself with said scissor –“

Corbett cleared his dry throat and straightened. “Sir. Such that I would not be distracted by the temptations and the vagaries of this present world. As St. Mark said –”

“If thine eye offend thee, yes yes yes. And I suppose that the Lord directed your hand there as well.” Ruggles pulled his hands from behind his back and covered his manhood while pacing before the sergeant at attention.

“He did indeed, sir, as He did with the carbine trained upon Wilkes. For it is better to enter into Heaven without all of our parts, than to descend into Hell with them.”

“Point well taken. I see that you take Scripture quite literally then.”

“So you have studied them.”

“And you instruct a small group of believers, do you?”

“As the Lord permits.”

“Mm-hm. Then you are familiar with the Lord’s attitude towards a lying tongue.”

“He hates them, sir.” Corbett fixed his stare ahead, never wavering.

“How’s that?” Ruggles turned sharply, if only for his own sense of drama.

“But then I could hardly call a man a coward who possesses such dexterity and true aim as you do, Boston Corbett.”

“Impeached, sir?” Corbett’s thin mouth pursed as he finished speaking, as though holding something in. “I plan to speak the truth, as I am ever in the habit of doing.”

“And others will be testifying to something other than that – perhaps that there was something from Booth in the form of a veiled confession?”

“I do not understand how that could be, sir – I was closest to the traitor prior to his losing consciousness.”

“I cannot say. I only know what the lawyers have told me. Might I suggest you reexamine your soul, son. And if not your soul, then reflect upon your recollections, to determine if there is something amiss there. Otherwise it does not look good for you.”

“Surely they cannot retaliate if I tell the truth? Truth can only be one way, can it not?”

“Son, those godless conspirators Lloyd and Weichmann are testifying now, as we speak. Did you know that?”

“Yes sir. As long as everyone tells the truth, I trust that I shall be fine.”

“Corbett, inside the four walls of a courtroom, the judge and jury find truth – that is not for us to determine. But I will leave you with this – something is not right in this case, and I’m going to get to the bottom of it. I would dislike to see you end up like David Dodd.”

“Yes sir. No doubt. But I hardly think I share anything in common with a convicted Confederate spy.”

“All right, soldier. You are dismissed. And now I suggest you go and study on these things.”

Blurbs from my books, blog on the human experience. 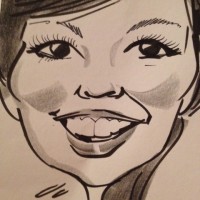 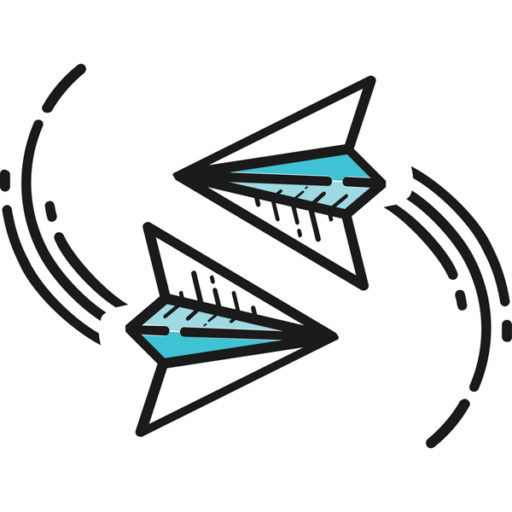 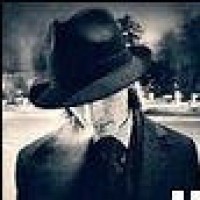 so let these writers impress you instead

Exploring the world and my new home of Marseille, France